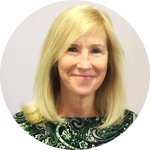 Early in her career, Judy developed a passion for philanthropy working as a staff assistant for the Founder of Cambridge College. She served the college for almost two decades. Her greatest achievement at Cambridge was to lead its first ever Capital Campaign, having raised nearly $40M, the first endowment. Over the course of her career she has continued to work for non-profit organizations in order to serve the greater good. In her free-time Judy likes to garden and to spend time with her teenage daughter and her 2-year old rescue dog. Like any native New Englander, she cherishes the warm seasons and loves the Atlantic Ocean. Judy holds an M.Ed. from Cambridge College.