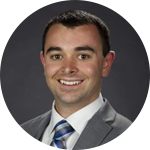 David Searles joined the Epilepsy Foundation New England team in July 2017 as the Events Specialist and became Associate Director of Development in January 2018. While working on his undergraduate degree at Ithaca College, he worked for the non-profit, Cornell Cooperative Extension, as a Race Director for two first-time events: the 4-H Color Splash run and the Ithaca Glows: Light up the Night 5K. During a second stint at Cornell, he interned in their athletic department as the Operations and Event Management Assistant before beginning work in Wilmington. David holds an M.S. in Sport Administration from Canisius College. In his free time, David enjoys landscaping, listening to Bruce Springsteen, and playing cornhole.